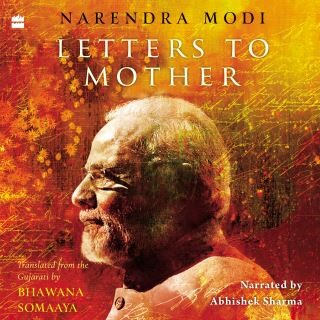 Translated from the Gujarati Saakshi Bhaav by Bhawana Somaaya

'This is not an attempt at literary writing; the passages featured in this book are reflections of my observations and sometimes unprocessed thoughts, expressed without filters... I am not a writer, most of us are not; but everybody seeks expression, and when the urge to unload becomes overpowering there is no option but to take pen to paper, not necessarily to write but to introspect and unravel what is happening within the heart and the head, and why.'-- Narendra Modi

As a young man, Narendra Modi had got into the habit of writing a letter to the Mother Goddess, whom he addressed as jagat janani, every night before going to bed. The topics were varied: there were seething sorrows, fleeting joys, lingering memories. In Modi's writings there was the enthusiasm of a youngster and the passion to usher in change.But every few months, Modi would tear up the pages and consign them to a bonfire. The pages of one diary, dating back to 1986, survived, however. These are now available in English for the very first time as Letters to Mother, in a powerful translation by Bhawana Somaaya.Modi describes these letters as conversations with the Mother Goddess: 'My feelings of fear ... of anxiety ... of distress... the ordinary feelings of an ordinary man.'

Bhawana Somaaya: Bhawana Somaaya, a film critic for thirty years, is on the advisory panel of the Censor Board of Film Certification. She has many books on cinema to her credit. Journalist-turned author.|||

Narendra Modi became the chief minister of Gujarat and continued in the post till 2014. He became prime minister of India on 26 May 2014 and was reelected in May 2019.

Bhawana Somaaya, the translator, has authored several books on cinema. Letters to Mother is her seventeenth book.