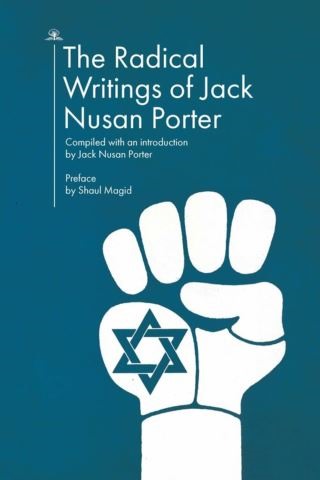 Jack Nusan Porter’s writings date back to 1966, during the height of the Vietnam War. He describes the anguished struggle against war, racism, and poverty, as well as the radical groups and individuals involved—Jewish socialists, radical Zionists, radical Jews, Rabbi Meir Kahane and the Jewish Defense League, the counterculture, liberals, and conservatives alike. In addition, his writings vividly recount the anti-Zionist, anti-Israel, anti-Semitic, and revolutionary terrorism of the times. Here, Porter draws from the past in an effort to explain the present, walking the precarious bridge between allegiance to Israel and the Jewish people and the universal rights of all people. This collection of older and newer essays combines theory, sociology, film studies, literary criticism, post-modern thought, and politics.

Jack Nusan Porter: Jack Nusan Porter was a founder of the Jewish Student Movement in the 1960s and editor of the classic movement anthology Jewish Radicalism. He is an associate of the Davis Center for Russian and Eurasian Studies at Harvard University and a former associate of Harvard’s Ukrainian Research Institute. His run for US Congress in the12th District of Massachusetts was the subject of a profile in the April 9, 2012 “Talk of the Town” in The New Yorker. In 2015, he was nominated for a Nobel Peace Prize for his work in the prediction and eradication of genocide and Holocaust.