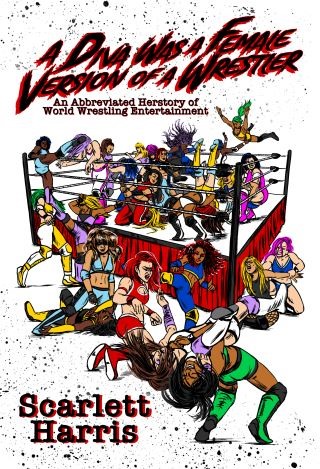 A Diva Was a Female Version of a Wrestler

Lifelong wrestling fan and critic Scarlett Harris uses big ideas, such as #MeToo, the commodification of feminism, and how we tell women's stories to chart the rise and fall and rise of women's wrestling.

Scarlett Harris:
Scarlett Harris is an Australian culture critic. She has been published in such outlets as Playboy, VICE, The Huffington Post, Vox, Shondaland, and many others. You can find her at her website The Scarlett Woman and on Twitter @ScarlettEHarris. A Diva Was a Female Version of a Wrestler is her first book.