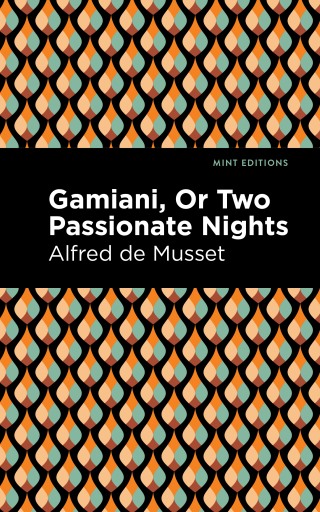 Alfred de Musset (1810-1857) was a French poet, novelist, and dramatist. Born in Paris, he was raised in an upper-class family. Gifted from a young age, he showed an early interest in acting and storytelling and excelled as a student at the Lycée Henri-IV. After trying his hand at careers in law, art, and medicine, de Musset published his debut collection of poems to widespread acclaim. Recognized as a pioneering Romanticist, de Musset would base his most famous work, The Confession of a Child of the Century (1836), on his two-year love affair with French novelist George Sand. Although published anonymously, de Musset has also been identified as the author of Gamiani, or Two Nights of Excess (1833), a lesbian erotic novel. Believed to have been inspired by Sand, who dressed in men’s attire and pursued relationships with men and women throughout her life, Gamiani, or Two Passionate Nights was an immediate bestseller in France.