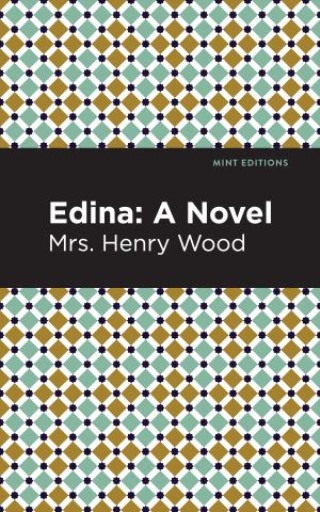 When superstition plagues a small village, the workers go on a strike, leaving time for reflection. What started as a normal day in the dreary mining town of Trennach quickly spirals into disarray after the sound of the Seven Whistlers is heard, warning of impending doom. The Seven Whistlers are harbingers of death, said to be the spirits of fishermen and miners killed by accidents related to their trade. According to the legend, an unmistakable bird’s cry can be heard right before a tragedy or death, alerting those nearby. After a miner in Trennach is pierced by this sound, he warns his fellow workers, who band together and refuse to go in the mines to work. However, not everyone in the small town is so inclined to believe in legends, or the word of just one man. Set in the 19th century, Edina: A Novel by Mrs. Henry Wood is a dramatic sensation novel first published nearly one-hundred and fifty years ago in 1876. With vivid description of the setting and intimate portraits of the town’s occupants, including a sickly bookstore owner, a talented doctor, superstitious miners, and more, Edina: A Novel provides modern audiences with an intricate perspective of the Victorian working class and their motivations. With timeless themes of morality, class, and the supernatural, Edina: A Novel is both compelling and insightful. This edition of Edina: A Novel by Mrs. Henry Wood now features a striking new cover design and is printed in a font that is both modern and readable. With these accommodations, this edition of Edina: A Novel crafts an accessible and pleasant reading experience for modern audiences while restoring the original sentiment and drama of Mrs. Henry Wood’s work.

Ellen Price (1814-1887) was an English novelist and translator, better known by her penname, Mrs. Henry Wood. Wood lived with her husband, Henry Wood, and four children in Southern France for twenty years, until moving back to England when Henry’s business failed. In England, Wood supported her family with her writing, becoming an international bestseller. Wood was praised for her masterful storytelling of middle-class lives, and often advocated for faith and strong morals in her work. Wood’s most celebrated work was East Lynne, a sensation novel popular for its elaborate plot. In 1867, Wood became the owner and editor of Argosy Magazine, which she continued to publish until her death in 1887. By the end of her career, Wood published over thirty novels, many of which were immensely popular in England, the United States, and in Australia.