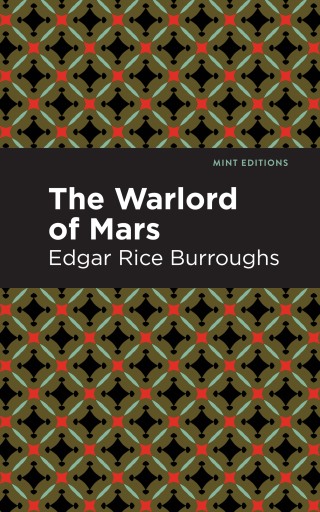 The Warlord of Mars

When John Carter discovers that his beloved wife, Dejah, has been imprisoned in the Temple of the Sun, he is desperate to rescue her. However, the prison, which slowly rotates, is only opened once a Barsoomian year. As Dejah’s prison sentence drags on for over a hundred days, the window of opportunity is narrowing for Carter to save her. Amid social and political unrest from the last war, the Thern had appointed a new leader, but many still believed in their ideologies. When Carter discovers that the new Thern leader, Matai Shang, and another new leader, Thurid, know the secret of the Temple of the Sun and intend to plan a prison break, he follows them, in hopes he could benefit from their plan. After Thurid and Matai Shang break out the prisoners that they planned to rescue: Phaidor, the daughter of the Holy Thern, and Thuvia, a Barsoomian princess, the two decide to take Dejah as well, not to save her but out of spite and contempt for Carter. As Carter chases after them in hopes of freeing his wife, he risks it all to save her and restore peace, encountering ambushes, new discoveries, and dramatic trials.

The Warlord of Mars by Edgar Rice Burroughs is a nail-biting adventure that continues the narrative of its predecessor, The Gods of Mars. First published in 1914, Burroughs’ imaginative work is a perfect example of 20th century pulp fiction. Descriptive prose and an exciting plot are paired with thought-provoking themes of race and religion, allowing The Warlord of Mars to remain adventurous, fun, and reflective to modern readers.

Edgar Rice Burroughs (1875-1950) was an American writer best known for his work in the adventure, fantasy, and science fiction genres. After being discharged from the army shortly after enlisting due to health issues, Burroughs pursued a number of careers. He worked as a cowboy, a factory worker, a mine manager, and a railroad worker before he started writing to earn more money. His best-known work, Tarzan of the Apes gained him major financial success, especially after he sold the film rights for the novel. Burroughs was married twice, and has three children. After his death, he was inducted into the Science Fiction Hall of Fame, commemorating his exemplary work and vast canon of eighty novels.