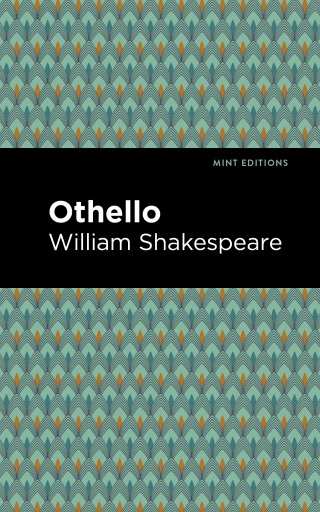 Othello, the general of the Venetian army, holds much power and influence but becomes the target of an insidious plot to steal his coveted position. He is overcome with paranoia and enthralled with rumors of his wife’s potential infidelity.

Othello has fallen in love with a senator’s daughter, Desdemona, and the two secretly marry. Their partnership generates shock and confusion as Desdemona was also loved by Roderigo, who’d already asked for her hand. Othello’s ensign, Iago, is envious of the general and is spurned when he promotes the young Cassio to a higher position. This marks the beginning of a plot in which Iago plans to destroy Othello’s personal and professional life. He attacks his marriage by stoking the flames of jealousy, insinuating Desdemona’s infidelity. This leads to a violent confrontation with a morbid outcome.

Othello is one of William Shakespeare’s most well-known plays. It tackles multiple topics including race, gender, politics and revenge. It’s a gripping drama that details the dangers of greed, envy and their inescapable consequences.

With an eye-catching new cover, and professionally typeset manuscript, this edition of Othello is both modern and readable.

William Shakespeare (1564–1616) is arguably the most famous playwright to ever live. Born in England, he attended grammar school but did not study at a university. In the 1590s, Shakespeare worked as partner and performer at the London-based acting company, the King’s Men. His earliest plays were Henry VI and Richard III, both based on the historical figures. During his career, Shakespeare produced nearly 40 plays that reached multiple countries and cultures. Some of his most notable titles include Hamlet, Romeo and Juliet and Julius Caesar. His acclaimed catalog earned him the title of the world’s greatest dramatist.