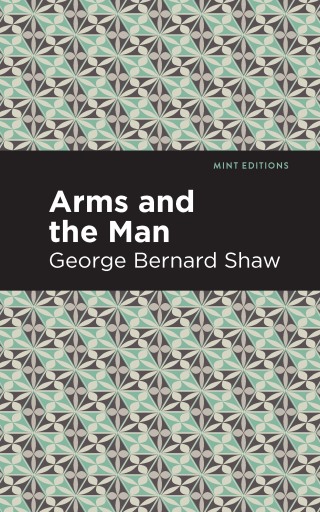 Arms and the Man

Raina Petkoff has grand ideas about heroism and war that are soon thwarted by a Swiss solider using her bedroom to hide from the authorities. Arms and the Man is a three act play that’s filled with insightful observations about politics, tradition and courtship.

Raina is a young woman who’s hopelessly devoted to her fiancé Sergius Saranoff. While he’s away at war, she meets Captain Bluntschli, a Swiss mercenary who enters her bedroom seeking shelter from enemy troops. During his short stay, the pair engage in a lively discussion about battles and bravery exposing their opposing views. This random encounter sparks a series of events that leads to a political and emotional awakening that changes Raina’s life forever.

Arms and the Man is one of George Bernard Shaw’s earliest successes. It’s a refreshing commentary on the romanticism of war and faulty traditions. The play was originally produced in 1894 and has been performed around the world for more than hundred years.

With an eye-catching new cover, and professionally typeset manuscript, this edition of Arms and the Man is both modern and readable.

George Bernard Shaw (1856-1950) was born into a lower-class family in Dublin, Ireland. During his childhood, he developed a love for the arts, especially music and literature. As a young man, he moved to London and found occasional work as a ghostwriter and pianist. Yet, his early literary career was littered with constant rejection. It wasn’t until 1885 that he’d find steady work as a journalist. He continued writing plays and had his first commercial success with Arms and the Man in 1894. This opened the door for other notable works like The Doctor's Dilemma and Caesar and Cleopatra.