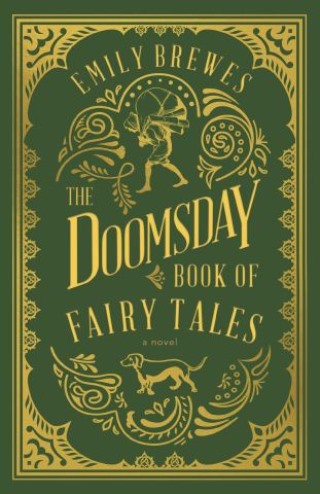 The Doomsday Book of Fairy Tales

An astounding tale of a dangerous quest, a talking dog, and fragmented fairy tales in an eerie post-climate collapse future.

A long time ago, the Vanderchucks fled the growing climate disaster and followed their neighbours into the Underground. Jesse Vanderchuck thought it was the end. Of the world. Of life. Eventually, Jesse’s little sister, Olivia, ran away and Jesse started picking through trash heaps in Toronto’s abandoned subway tunnels. Day in, day out.

Now, years later, Jesse meets a talking dog. Fighting illness and the hostile world aboveground, Jesse and Doggo embark on a fool’s errand to find Olivia — or die trying. Along the way, Jesse spins a series of fairy tales from threads of memories, weaving together the past, present, and future into stories of brave girls, of cunning lads, of love in the face of wickedness, and of hope in the midst of despair.

Emily Brewes grew up in the wilds of northern Ontario, where she learned to be afraid of nature, especially bugs. She now writes wistfully of its rugged beauty and haunting landscapes. Emily lives in Kingston, Ontario.