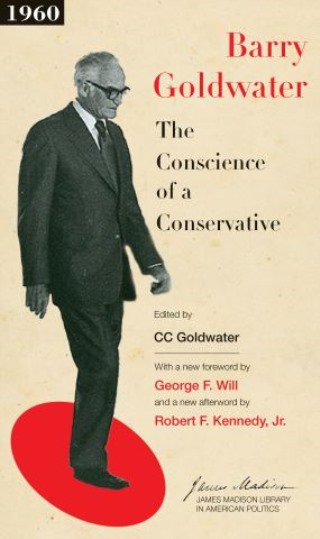 The Conscience of a Conservative

In 1960, Barry Goldwater set forth his brief manifesto in The Conscience of a Conservative. Written at the height of the Cold War and in the wake of America's greatest experiment with big government, the New Deal, Goldwater's message was not only remarkable, but radical. He argued for the value and importance of conservative principles--freedom, foremost among them--in contemporary political life. Using the principles he espoused in this concise but powerful book, Goldwater fundamentally altered the political landscape of his day--and ours.

Barry M. Goldwater: Barry M. Goldwater (1909-1998) was a five-term U.S. senator from Arizona whose 1964 campaign for president is credited with reviving American conservatism. His books include With No Apologies and a memoir, Goldwater. CC Goldwater is the granddaughter of Barry Goldwater and the producer of the HBO documentary Mr. Conservative: Goldwater on Goldwater