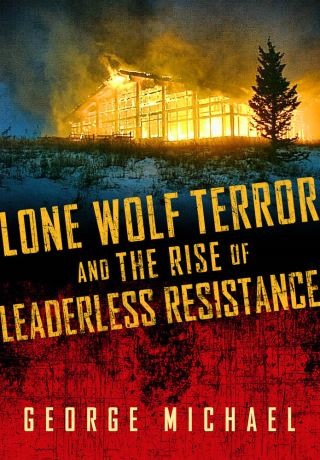 Lone Wolf Terror and the Rise of Leaderless Resistance

On July 22, 2011, Anders Behring Breivik detonated a car bomb in downtown Oslo, Norway. He didn't stop there, traveling several hours from the city to ambush a youth camp while the rest of Norway was distracted by his earlier attack. That's where the facts end. But what motivated him? Did he have help staging the attacks? The evidence suggests a startling truth: that this was the work of one man, pursuing a mission he was convinced was just.


If Breivik did indeed act alone, he wouldn't be the first. Timothy McVeigh bombed a federal building in Oklahoma City based essentially on his own motivations. Eric Robert Rudolph embarked on a campaign of terror over several years, including the Centennial Park bombing at the 1996 Olympics. Ted Kaczynski was revealed to be the Unabomber that same year. And these are only the most notable examples. As George Michael demonstrates in Lone Wolf Terror and the Rise of Leaderless Resistance, they are not isolated cases. Rather, they represent the new way warfare will be conducted in the twenty-first century.


Lone Wolf Terror investigates the motivations of numerous political and ideological elements, such as right-wing individuals, ecoextremists, foreign jihadists, and even quasi-governmental entities. In all these cases, those carrying out destructive acts operate as "lone wolves" and small cells, with little or no connection to formal organizations. Ultimately, Michael suggests that leaderless resistance has become the most common tactical approach of political terrorists in the West and elsewhere.

George Michael: George Michael is Associate Professor of Criminal Justice at Westfield State University. He is author of The Enemy of My Enemy and Willis Carto and the American Far Right.