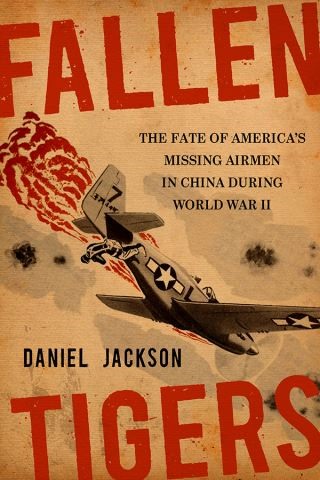 Mere months before the attack on Pearl Harbor, President Franklin D. Roosevelt sent a volunteer group of American airmen to the Far East, convinced that supporting Chinese resistance against the continuing Japanese invasion would be crucial to an eventual Allied victory in World War II. Within two weeks of that fateful Sunday in December 1941, the American Volunteer Group—soon to become known as the legendary "Flying Tigers"—went into action. For three and a half years, the volunteers and the Army Air Force airmen who followed them fought in dangerous aerial duels over East Asia. Audaciously led by master tactician Claire Lee Chennault, daring pilots such as David Lee "Tex" Hill and George B. "Mac" McMillan led their men in desperate combat against enemy air forces and armies despite being outnumbered and outgunned. Aviators who fell in combat and survived the crash or bailout faced the terrifying reality of being lost and injured in unfamiliar territory.

Historian Daniel Jackson, himself a combat-tested pilot, recounts the stories of downed aviators who attempted to evade capture by the Japanese in their bid to return to Allied territory. He reveals the heroism of these airmen was equaled, and often exceeded, by the Chinese soldiers and civilians who risked their lives to return them safely to American bases. Based on thorough archival research and filled with compelling personal narratives from memoirs, wartime diaries, and dozens of interviews with veterans, this vital work offers an important new perspective on the Flying Tigers and the history of World War II in China.

Daniel Jackson: Daniel Jackson is a graduate of the Air Force Academy and is the author of The Forgotten Squadron: The 449th Fighter Squadron in World War II and Famine, Sword, and Fire: The Liberation of Southwest China in World War II. He lives in Fort Walton Beach, Florida.