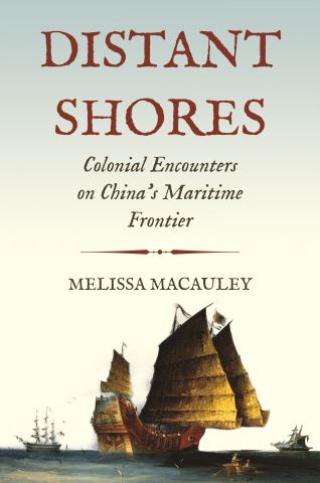 China has conventionally been considered a land empire whose lack of maritime and colonial reach contributed to its economic decline after the mid-eighteenth century. Distant Shores challenges this view, showing that the economic expansion of southeastern Chinese rivaled the colonial ambitions of Europeans overseas.

In a story that dawns with the Industrial Revolution and culminates in the Great Depression, Melissa Macauley explains how sojourners from an ungovernable corner of China emerged among the commercial masters of the South China Sea. She focuses on Chaozhou, a region in the great maritime province of Guangdong, whose people shared a repertoire of ritual, cultural, and economic practices. Macauley traces how Chaozhouese at home and abroad reaped many of the benefits of an overseas colonial system without establishing formal governing authority. Their power was sustained instead through a mosaic of familial, fraternal, and commercial relationships spread across the ports of Bangkok, Singapore, Saigon, Hong Kong, Shanghai, and Swatow. The picture that emerges is not one of Chinese divergence from European modernity but rather of a convergence in colonial sites that were critical to modern development and accelerating levels of capital accumulation.

A magisterial work of scholarship, Distant Shores reveals how the transoceanic migration of Chaozhouese laborers and merchants across a far-flung maritime world linked the Chinese homeland to an ever-expanding frontier of settlement and economic extraction.

Melissa Macauley: Melissa Macauley is associate professor of history at Northwestern University. She is the author of Social Power and Legal Culture: Litigation Masters in Late Imperial China.