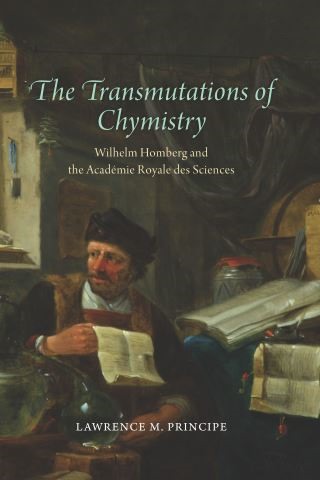 The Transmutations of Chymistry

This book reevaluates the changes to chymistry that took place from 1660 to 1730 through a close study of the chymist Wilhelm Homberg (1653–1715) and the changing fortunes of his discipline at the Académie Royale des Sciences, France’s official scientific body. By charting Homberg’s remarkable life from Java to France’s royal court, and his endeavor to create a comprehensive theory of chymistry (including alchemical transmutation), Lawrence M. Principe reveals the period’s significance and reassesses its place in the broader sweep of the history of science.

Principe, the leading authority on the subject, recounts how Homberg’s radical vision promoted chymistry as the most powerful and reliable means of understanding the natural world. Homberg’s work at the Académie and in collaboration with the future regent, Philippe II d’Orléans, as revealed by a wealth of newly uncovered documents, provides surprising new insights into the broader changes chymistry underwent during, and immediately after, Homberg. A human, disciplinary, and institutional biography, The Transmutations of Chymistry significantly revises what was previously known about the contours of chymistry and scientific institutions in the early eighteenth century.