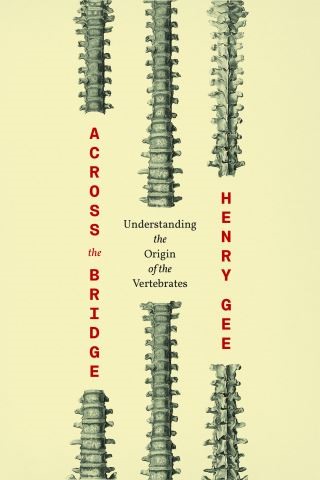 Understanding the Origin of the Vertebrates

Our understanding of vertebrate origins and the backbone of human history evolves with each new fossil find and DNA map. Many species have now had their genomes sequenced, and molecular techniques allow genetic inspection of even non-model organisms. But as longtime Nature editor Henry Gee argues in Across the Bridge, despite these giant strides and our deepening understanding of how vertebrates fit into the tree of life, the morphological chasm between vertebrates and invertebrates remains vast and enigmatic.

As Gee shows, even as scientific advances have falsified a variety of theories linking these groups, the extant relatives of vertebrates are too few for effective genetic analysis. Moreover, the more we learn about the species that do remain—from sea-squirts to starfish—the clearer it becomes that they are too far evolved along their own courses to be of much use in reconstructing what the latest invertebrate ancestors of vertebrates looked like. Fossils present yet further problems of interpretation. Tracing both the fast-changing science that has helped illuminate the intricacies of vertebrate evolution as well as the limits of that science, Across the Bridge helps us to see how far the field has come in crossing the invertebrate-to-vertebrate divide—and how far we still have to go.

Henry Gee:
Henry Gee is a senior editor at Nature and the author of such books as Jacob’s Ladder, In Search of Deep Time, The Science of Middle-earth, and, most recently, The Accidental Species: Misunderstandings of Human Evolution, the last published by the University of Chicago Press. He lives in Cromer, Norfolk, England, with his family and numerous pets.