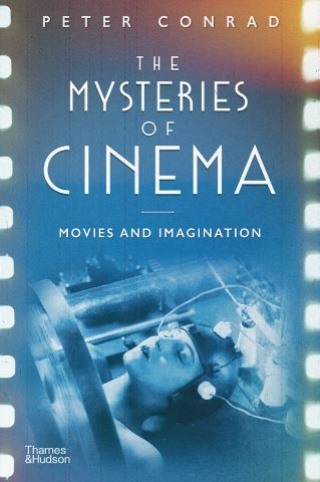 The Mysteries of Cinema: Movies and Imagination

Ranging from the late nineteenth century to the present day, this exhilarating survey by cultural critic Peter Conrad explores the ways film has changed how we see the world.

This is a thematic roller-coaster ride through cinema history, with film expert Peter Conrad in the seat beside you. Thoroughly international, this book ranges from Fay Wray to Satyajit Ray, from Buster Keaton to Kurosawa, from westerns to nouvelle vague. Conrad explores the medium’s relationship to speed, technology, fantasy, horror, dream, color, sound, light, and shadow with reference to scores of films, from the earliest nineteenth-century silent experiments to the latest multisensory Hollywood blockbusters.

The author’s insights are amplified by voices from inside and outside the industry: directors and critics are included alongside artists, writers, philosophers, and historians ranging from Leo Tolstoy to Salvador Dalí, Theodor Adorno to Philip Roth. Arranged by topics, such as “Meta-Movie” and “The Physics of Film,” rather than chronological events, The Mysteries of Cinema focuses on film’s otherworldly, hypnotic, and magical qualities. Perfect for both movie fans who will discover new films and directors, and for students of film who will see familiar classics in a new light, this volume is full of unique insights into the genre. Combining his vast knowledge with a forensic eye for a director’s every quirk and mannerism, Conrad offers a fascinating and thrilling exploration of film.

Peter Conrad: Peter Conrad taught English literature at Christ Church, Oxford, for four decades. He has written more than twenty books, including Orson Welles: The Stories of His Life; The Hitchcock Murders; How the World Was Won: The Americanization of Everywhere; Creation: Artists, Gods, and Origins; Modern Times, Modern Places: Life and Art in the Twentieth Century; and Mythomania: Tales of Our Times from Apple to ISIS.