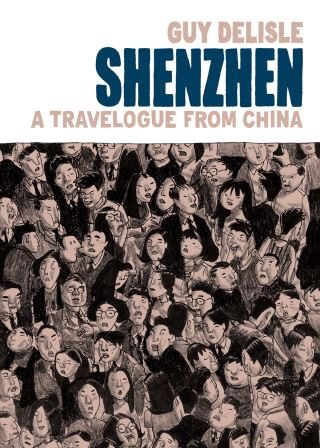 Shenzhen is entertainingly compact with Guy Delisle’s observations of life in urban southern China, sealed off from the rest of the country by electric fences and armed guards. With a dry wit and a clean line, Delisle makes the most of his time spent in Asia overseeing outsourced production for a French animation company. By translating his fish-out-of-water experiences into accessible graphic novels, Delisle skillfully notes the differences between Western and Eastern cultures, while also conveying his compassion for the simple freedoms that escape his colleagues in the Communist state. Shenzhen has been translated from the French by Helge Dascher. Dascher has been translating graphic novels from French and German to English for over twenty years. A contributor to Drawn & Quarterly since the early days, her translations include acclaimed titles such as the Aya series by Marguerite Abouet and Clément Oubrerie, Hostage by Guy Delisle, and Beautiful Darkness by Fabien Vehlmann and Kerascoët. With a background in art history and history, she also translates books and exhibitions for museums in North America and Europe. She lives in Montreal.