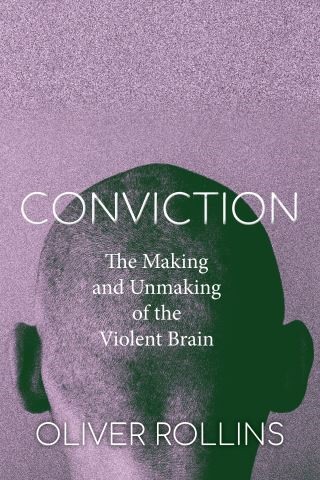 The Making and Unmaking of the Violent Brain

Exposing ethical dilemmas of neuroscientific research on violence, this book warns against a dystopian future in which behavior is narrowly defined in relation to our biological makeup.

Biological explanations for violence have existed for centuries, as has criticism of this kind of deterministic science, haunted by a long history of horrific abuse. Yet, this program has endured because of, and not despite, its notorious legacy. Today's scientists are well beyond the nature versus nurture debate. Instead, they contend that scientific progress has led to a nature and nurture, biological and social, stance that allows it to avoid the pitfalls of the past. In Conviction Oliver Rollins cautions against this optimism, arguing that the way these categories are imagined belies a dangerous continuity between past and present.

The late 1980s ushered in a wave of techno-scientific advancements in the genetic and brain sciences. Rollins focuses on an often-ignored strand of research, the neuroscience of violence, which he argues became a key player in the larger conversation about the biological origins of criminal, violent behavior. Using powerful technologies, neuroscientists have rationalized an idea of the violent brain—or a brain that bears the marks of predisposition toward "dangerousness."

Drawing on extensive analysis of neurobiological research, interviews with neuroscientists, and participant observation, Rollins finds that this construct of the brain is ill-equipped to deal with the complexities and contradictions of the social world, much less the ethical implications of informing treatment based on such simplified definitions. Rollins warns of the potentially devastating effects of a science that promises to "predict" criminals before the crime is committed, in a world that already understands violence largely through a politic of inequality.

Oliver Rollins: Oliver Rollins is Assistant Professor of American Ethnic Studies at the University of Washington.