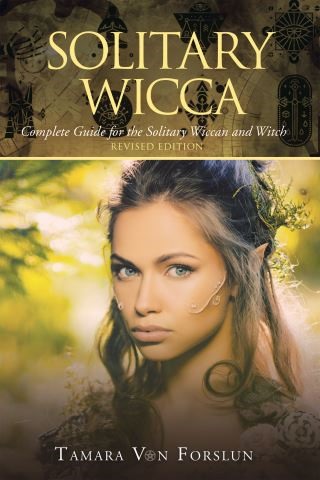 Complete Guide for the Solitary Wiccan and Witch

As a leading and respected Elder in the world of Wicca and Witchcraft, also as a teacher for over 50 years, I have assembled for the 21st century Solitary Wiccan or Witch all the training given to the Seeker prior to Initiation into a Traditional Coven or Clan. This book is all that is the required of a Witchling. The Craft is not just about Spells or Magic as this is taught later, it is about Nature, listening and learning from the spirits of Nature, spirituality of the Divine Feminine and becoming one with the magic and mystery within our world and beyond. This book covers every topic needed to understand the full extent of what is within the world of the magic of Wicca in theory and practice. Since the birth of the internet in the 80s, less and less working covens remain to teach our Seekers the deeper insight and wisdom. This book will teach the Seeker how to climb the spiritual ladder of Wicca and find their own magic and Truth.

Tamara Von Forslun: Tamara Von Forslun, dubbed by Raymond Buckland “The Witch of Oz” in the early 80’s, has been involved in the Craft since being Initiated into a Traditional Coven (Coven of Draconis) in 1970, and teaching Wicca and Witchcraft for over 50 years, she is considered one of the world’s respected Wiccan and Witch Elders and is the Founder and Creator of Australia’s first legal Neo-Pagan Church “The Church of Wicca” (Australia 1989), an Alexandrian Initiate 1972; Ordained High Priestess of the Fellowship of Isis by Lady Olivia and Lord Lawrence Durdan-Robertson 1978; and as the Arch Priestess of the Aquarian Tabernacle Church in Australia (1991). High Priestess of the Tribe of the Crow - Coven of Boskednan 1976; accepted by Oberon Zell-Ravenheart as an Elder of the Grey Council of Wizards & Sages 2019; Author, Lecturer, Teacher, Naturopath, Herbalist, Shaman, Wiccan and Oracle Witch, Ritualist, Public Speaker, Wiccan Marriage and Funeral Celebrant. Tamara’s book disclose everything that she has ever learnt (or in some cases unlearnt) at great depth along her exceptionally long and hard devoted life. Along the way all that she has learnt, she has passed on freely to those who would listen and learn. Her classes, teachings, Outer Courts, Facilitations at Universities around the world, museums, and open festivals were teaching the truth about Wicchecraft. Tamara Von Forslun, now at the end of her earthly cycle as a Wiccan and Wicchecraft teacher travels the world continuously and has revealed all she has ever learnt as a student of real and true Magic.