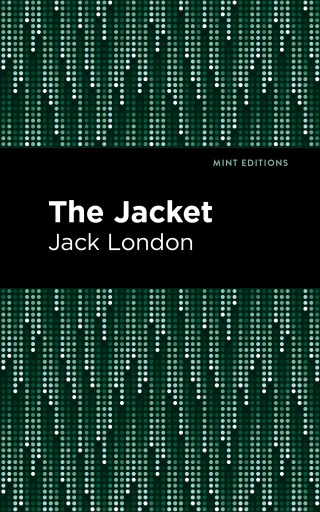 The Jacket (1915) is a novel by American writer Jack London. A groundbreaking work of science fiction that blends elements of mysticism, The Jacket critiques the harsh reality of the American criminal justice system. The novel was inspired by the experiences of Ed Morrell, a man who spent time at San Quentin State Prison for robbing trains. Horrified by his description of “the jacket,” a constricting device used to punish inmates, London wrote the novel to explore the psychological effects of torture. Darrell Standing was a Professor of Agronomics at the University of California, Berkeley when, in a fit of uncontrollable rage, he murdered a fellow professor in cold blood. Sentenced to life imprisonment at San Quentin, Standing is sent to solitary confinement after refusing to provide a false confession for a suspected escape plot. In the silence and darkness of solitary—between grueling sessions of torture by way of a constricting jacket—Standing learns to communicate through tapping with the man in the next cell over, who gives him hope and ignites his desire to free himself. Gifted with a rich imagination since his youth, Standing miraculously discovers the power of star roving, the ability to transport oneself throughout time and space using only one’s mind. As his torturers subject him to harsher and more prolonged methods of punishment, he embarks on adventures through past lives to free himself from the misery of the present. The Jacket is an inventive work of science fiction that serves as a powerful critique of torture and sheds light on the depravities of the American criminal justice system. With a beautifully designed cover and professionally typeset manuscript, this edition of Jack London’s The Jacket is a classic of American literature reimagined for modern readers.

Jack London (1876-1916) was an American novelist and journalist. Born in San Francisco to Florence Wellman, a spiritualist, and William Chaney, an astrologer, London was raised by his mother and her husband, John London, in Oakland. An intelligent boy, Jack went on to study at the University of California, Berkeley before leaving school to join the Klondike Gold Rush. His experiences in the Klondike—hard labor, life in a hostile environment, and bouts of scurvy—both shaped his sociopolitical outlook and served as powerful material for such works as “To Build a Fire” (1902), The Call of the Wild (1903), and White Fang (1906). When he returned to Oakland, London embarked on a career as a professional writer, finding success with novels and short fiction. In 1904, London worked as a war correspondent covering the Russo-Japanese War and was arrested several times by Japanese authorities. Upon returning to California, he joined the famous Bohemian Club, befriending such members as Ambrose Bierce and John Muir. London married Charmian Kittredge in 1905, the same year he purchased the thousand-acre Beauty Ranch in Sonoma County, California. London, who suffered from numerous illnesses throughout his life, died on his ranch at the age of 40. A lifelong advocate for socialism and animal rights, London is recognized as a pioneer of science fiction and an important figure in twentieth century American literature.