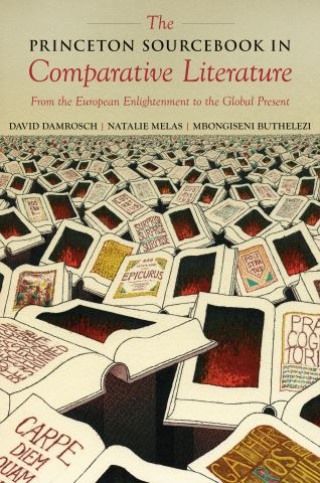 The Princeton Sourcebook in Comparative Literature

From the European Enlightenment to the Global Present

Key essays on comparative literature from the eighteenth century to today

As comparative literature reshapes itself in today's globalizing age, it is essential for students and teachers to look deeply into the discipline's history and its present possibilities. The Princeton Sourcebook in Comparative Literature is a wide-ranging anthology of classic essays and important recent statements on the mission and methods of comparative literary studies. This pioneering collection brings together thirty-two pieces, from foundational statements by Herder, Madame de Staël, and Nietzsche to work by a range of the most influential comparatists writing today, including Lawrence Venuti, Gayatri Chakravorty Spivak, and Franco Moretti. Gathered here are manifestos and counterarguments, essays in definition, and debates on method by scholars and critics from the United States, Europe, Asia, Africa, and Latin America, giving a unique overview of comparative study in the words of some of its most important practitioners. With selections extending from the beginning of comparative study through the years of intensive theoretical inquiry and on to contemporary discussions of the world's literatures, The Princeton Sourcebook in Comparative Literature helps readers navigate a rapidly evolving discipline in a dramatically changing world.