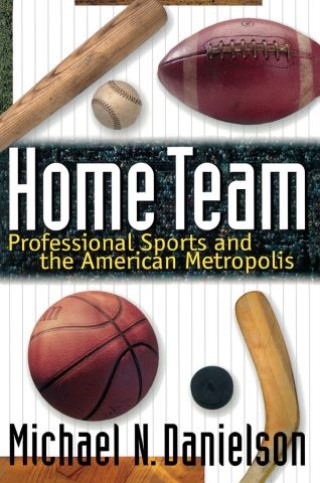 Professional Sports and the American Metropolis

Most books that study professional sports concentrate on teams and leagues. In contrast, Home Team studies the connections between professional team sports in North America and the places where teams play. It examines the relationships between the four major professional team sports--baseball, basketball, football, and hockey--and the cities that attach their names, their hearts, and their increasing amount of tax dollars to big league teams. From the names on their uniforms to the loyalties of their fans, teams are tied to the places in which they play. Nonetheless, teams, like other urban businesses, are affected by changes in their environments--like the flight of their customers to suburbs and changes in local political climates. In Home Team, professional sports are scrutinized in the larger context of the metropolitan areas that surround and support them.


Michael Danielson is particularly interested in the political aspects of the connections between professional sports teams and cities. He points out that local and state governments are now major players in the competition for franchises, providing increasingly lavish publicly funded facilities for what are, in fact, private business ventures. As a result, professional sports enterprises, which have insisted that private leagues rather than public laws be the proper means of regulating games, have become powerful political players, seeking additional benefits from government, often playing off one city against another. The wide variety of governmental responses reflects the enormous diversity of urban and state politics in the United States and in the Canadian cities and provinces that host professional teams.

Home Team collects a vast amount of data, much of it difficult to find elsewhere, including information on the relocation of franchises, expansion teams, new leagues, stadium development, and the political influence of the rich cast of characters involved in the ongoing contests over where teams will play and who will pay. Everyone who is interested in the present condition and future prospects of professional sports will be captivated by this informative and provocative new book.