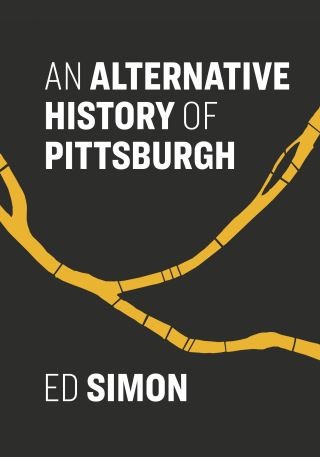 An Alternative History of Pittsburgh

Ed Simon tells the story of Pittsburgh through this collection of explorations of its hidden histories—one of Newsweek's "21 Best Books to Read This Spring."

The land surrounding the confluence of the Allegheny, Monongahela, and Ohio rivers has supported communities of humans for millennia. In the past four centuries, however, it has been transformed utterly and many times over by the people who call it home. In this brief, lyrical, and idiosyncratic new book, Ed Simon follows the story of America's furnace through a series of interconnected segments, covering all manner of Pittsburgh-beloved people, places, and things, including:

Paleolithic Pittsburgh The Whiskey Rebellion The attempted assassination of Henry Frick The Harmonists The Mystery, Pittsburgh's radical, Black nationalist newspaper The myth of Joe Magarac and Billy Strayhorn, Duke Ellington, Andy Warhol, and much much more

Accessible, conversational, and funny, An Alternative History of Pittsburgh is a must-read for anyone curious about this storied city, and for Pittsburghers who think they know it all-too-well already.

Ed: Ed Simon is a staff writer at The Millions and a contributing editor for History News Network. He is the author of several books, most recently Printed in Utopia: The Renaissance's Radicalism. His essays have appeared in The Atlantic, The Paris Review Daily, The Washington Post, Newsweek, Poetry, McSweeney’s, Aeon, Jacobin, Salon, The New Republic and The New York Times among dozens of others. A native of Pittsburgh, he currently lives in northern Virginia.