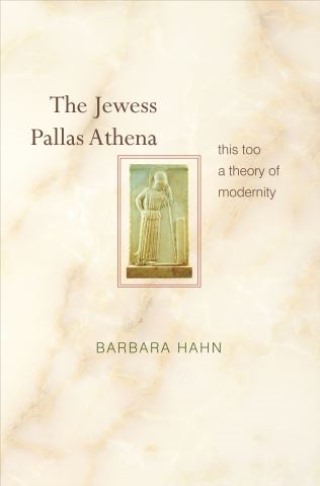 This Too a Theory of Modernity

"The Jewess Pallas Athena"--a line from a poem by Paul Celan. It is a provocative phrase, cutting across cultures and traditions. But it poses questions: How to reconstruct a culture that has been destroyed? How to conceive of history after the catastrophes of the twentieth century?

This book begins in the mid-eighteenth century with the first Jewish women to raise their voices in German. It ends two hundred years later, with another group of Jewish women looking back at a country from which they had been expelled and to which they would never want to return. Among the many prominent female intellectuals and literary figures Barbara Hahn discusses are Hannah Arendt, Gertrud Kantorowicz, Rosa Luxemburg, Else Lasker-Schüler, Margarete Susman, and Rahel Levin Varnhagen. In examining their writing, she reflects upon the question of how German culture was constructed--with its inherent patterns of exclusion. This is a book about hope and despair, possibilities and preventions. We see attempts at dialogue between Christians and Jews, men and women, "Germans" and "Jews," attempts initiated by these women that, for the most part, remained unanswered. Finally, the book reconstructs the changing notions of the "Jewess," a key word in modern German history with its connotations of "salons," "beauty," and "esprit." And yet a word that is also disastrous, in which there culminated everything the dominant culture condemned as dangerous.

Barbara Hahn: Barbara Hahn is Distinguished Professor of German at Vanderbilt University. She is the author or editor of several books published in Germany on German-Jewish literature and culture. Together with Ursula Isselstein, she is editor in chief of the correspondence and diaries of Rahel Levin Varnhagen (Munich: C. H. Beck Verlag).