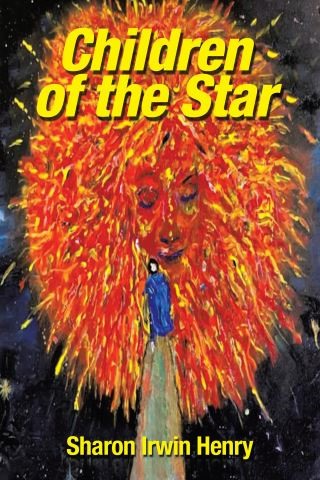 Children of the Star

“Run!” Said Gramma, then disappeared. River can’t find her; she hadn’t heard from her in three days. Not unusual for Grams to come and go, but it is unusual for her not to call. Every minute sees crazy new technology in Rake—nothing new in an old pattern. But something extraordinary, definitely out of the ordinary, was happening, and it involved Gram. The last thing Gramma said was, Go, go now. Forced to flee without understanding why River does what her Gramma tells her. She runs. On a faraway planet, in a different dimension, Water lost her grandmother too. In Izaria, an earth-like planet of mind speakers and readers, her grandmother’s presence is no longer with her; not in mind, not in their home. The daily mind chatter with Gran is gone. She hears only silence. And now, she must flee. “Go find yourself,” their grandma told each of them right before she disappeared. Neither knew they were lost. The girls are alone and confused. But trusting their grandmother, they run. Secrets are coming out. Everything is about to change, and the adventure is on.

Sharon Irwin Henry: Sharon is an artist, writer, mother, grandmother, student, teacher. She has been an Air Traffic Controller roofer, painter, parent empowerment facilitator, small business owner, a Jill of all trades. A disabled US Army joined the military as a WAC and left a soldier in this man’s Army years later when the Women’s Army Corp was dissolved. Undiagnosed PTSD led her down a path of addiction and hopelessness later in her life. She maintained the illusion everything was alright. For awhile. But She lost the battle and went onto the streets, another addicted homeless veteran. In 2005 she reached out to the VA hospital, “Help me, or I’m checking out.” So began the fight for her life in February 2008, while living in Las Vegas, she received a call; her nineteen-year-old daughter had aggressive cancer that would kill her without equally aggressive chemotherapy. Her daughter lost her hair quickly. Sharon shaved her head when her daughter finished treatment. By June 2008, they were bald together. “I wear dreadlocks have for the last thirteen years. They are my way of giving thanks for all that I have and all I am given. I walked away from addiction and started seeing my fear. ” I follow my heart to me on a path of peace amid violence and hate. We are one people with many faces, know we are waking up. I have survived. More than that, I thrive and help create Sanctuary for those ready to find it.