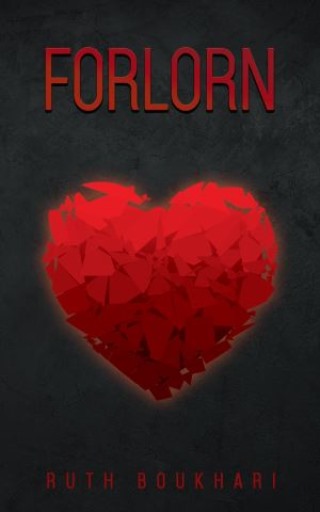 Forlorn is a collection of poetry for the broken-hearted, for all who have lost love or never had their love requited. That once-blissful state of being in love, of feeling intensely alive, of feeling like life has true meaning because another needs you and wants you, has given way to sorrow, a feeling akin to death, because that person who made you so important no longer feels that way about you. We have all experienced romantic love and the pain that follows the disintegration of said love. These poems give a voice to your suffering, cry with you, bleed with you. Read the words and take comfort – you are not alone.

Ruth Boukhari: Ruth has been awarded a master’s degree in creative writing at the University of Sydney and a diploma in screen & media at Sydney’s Metro Screen, both of which nurtured her talents for poetry and screenwriting. Her work has appeared in numerous anthologies, including, ‘Regime Magazine of New Writers’ and ‘Inside the Bell Jar’. She has also been a producer on various short films, has had numerous screenplays optioned across the globe and had the thrill of seeing one of her short scripts produced by Excelsia College in Sydney.