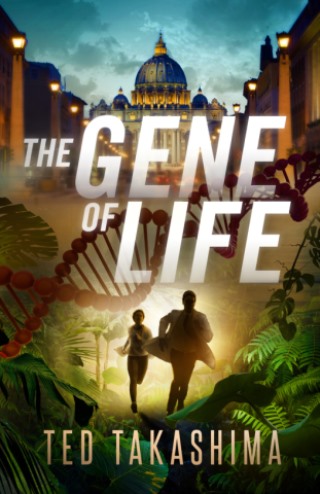 The Gene of Life

When science unravels the mystery of eternal life, a grand conspiracy emerges from the darkness of history.

Berlin, July 2008. After giving a lecture, Max Knight, a Nobel Prize candidate and professor of genetic research, is kidnapped. His captors show him part of a corpse, a left hand, discovered when a bomb exploded at a neo-Nazi rally.

Although the hand appears to be that of a male in his forties, it actually belongs to one of Hitler's most diabolical officers, who must be over 111 years old.

To solve the mystery, Max and his assistant Katya head for Domba, deep in the Amazon rainforest, where they meet the enigmatic village-leader's daughter, Tania, and soon find themselves involved in a far-reaching Nazi plot.

As they race against time from Berlin to the Amazon, California and the Vatican, will their romance grow? Even if Max has a fatal secret?

Is the search for immortality immoral or the only answer to mankind's salvation?

This scientific thriller was published in Japan (2002) and China (2013) and became an international bestseller. The fast-paced, action-packed story includes history, romance and more.

Tetsuo Ted Takashima: After working as a scientist for the Japan Atomic Energy Research Institute, Ted Takashima moved to California, where he studied at the University of California. He has published more than twenty novels in the action/thriller/suspense/mystery genres in Japan. His novels include Intruder, which won the 1999 Suntory Mystery Award; Pandemic (2010), which foretold the global spread of COVID-19 in 2020; and The Wall (2020), a redemption story set against the backdrop of a refugee crisis at the Trump border wall with Mexico.