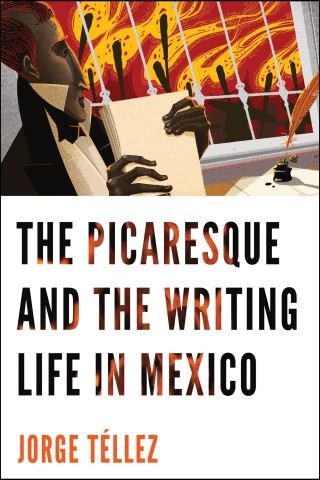 The Picaresque and the Writing Life in Mexico

This book studies picaresque narratives from 1690 to 2013, examining how this literary form serves as a reflection on the material conditions necessary for writing literature in Mexico.

In The Picaresque and the Writing Life in Mexico, Jorge Téllez argues that Mexican writers have drawn on the picaresque as a device for pondering what they regard as the perils of intellectual and creative labor. Surveying ten narratives from 1690 to 2013, Téllez shows how, by and large, all of them are iterations of the same basic structure: pícaro meets writer; pícaro tells life story; writer eagerly writes it down. This written mediation (sometimes fictional but other times completely factual) is presented as part of a transaction in which it is rarely clear who is exploiting whom. Highlighting this ambiguity, Téllez’s study brings into focus the role that the picaresque has played in the presentation of writers as disenfranchised and vulnerable subjects. But as Téllez demonstrates, these narratives embody a discourse of precarity that goes beyond pícaros, and applies to all subjects who engage in the production and circulation of literature. In this way, Téllez shows that the literary form of the picaresque is, above all, a reflection on the value of literature, as well as on the place and role of writing in Mexican society more broadly.

The Picaresque and the Writing Life in Mexico is a unique work that suggests new paths for studying the reiteration of literary forms across centuries. Looking at the picaresque in particular, Téllez offers a new interpretation of this genre within its national context and suggests ways in which this genre remains relevant for reflecting on literature in contemporary society. It will be of interest to students and scholars of Latin American studies, Mexican cultures and literatures, and comparative literature.

Jorge Téllez is assistant professor of romance languages in the Department of Hispanic and Portuguese Studies at the University of Pennsylvania. He is the author of Poéticas del Nuevo Mundo.