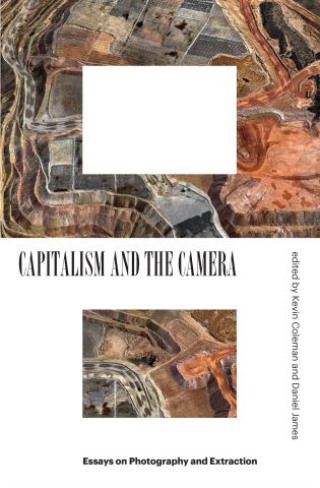 Capitalism and the Camera

Essays on Photography and Extraction

Photography was invented between the publication of Adam Smith’s The Wealth of Nations and Karl Marx and Frederick Engels’s The Communist Manifesto. Taking the intertwined development of capitalism and the camera as their starting point, the essays in Capitalism and the Camera investigate the relationship between capitalist accumulation and the photographic image, and ask whether photography might allow us to refuse capitalism’s violence—and if so, how?
Drawn together in productive disagreement, the essays in this collection explore the relationship of photography to resource extraction and capital accumulation, from 1492 to the postcolonial; the camera’s potential to make visible critical understandings of capitalist production and society, especially economies of class and desire; and propose ways that the camera and the image can be used to build cultural and political counterpublics from which a democratic struggle against capitalism might emerge.
With essays by Ariella Aïsha Azoulay, Siobhan Angus, Kajri Jain, Walter Benn Michaels, T. J. Clark, John Paul Ricco, Blake Stimson, Chris Stolarski, Tong Lam, and Jacob Emery.