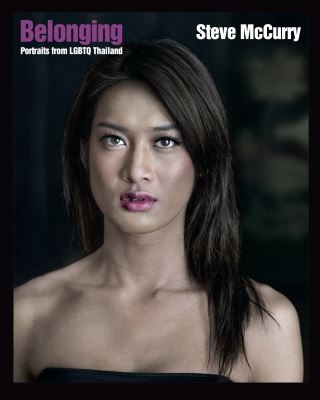 Platform: Steve McCurry has over 3 million followers on Instagram, where he regularly posts his work.

Reputation: Steve McCurry is one of the world’s most-renowned and most-recognized photojournalists. He continues to publish his photography in a variety of major publications, including National Geographic. The author of dozens of outstanding photographic books, McCurry has been recognized with some of the most prestigious awards in the industry, including the Robert Capa Gold Medal, National Press Photographers Award, and an unprecedented four first prize awards from the World Press Photo contest. The Minister of French Culture has also appointed McCurry a Knight of the Order of Arts and Letters and most recently, the Royal Photographic Society in London awarded McCurry the Centenary Medal for Lifetime Achievement.

Serial: The previous books in the series were picked up for serial in major LGBTQ and photography publications, and there is a strong likelihood that this will be too.

Funding: The book is funded by the ARCUS foundation, which will help promote the book.

Steve McCurry: Steve McCurry is an American photographer with scores of magazine and book covers, over a dozen books, and countless exhibitions around the world to his name. He is the recipient of numerous awards, including the National Press Photographers Association’s Magazine Photographer of the Year award; the Royal Photographic Society’s Centenary Medal; and two first-place prizes in the World Press Photo contest. He is the author of Belonging: Portraits from LGBTQ Thailand (The New Press).