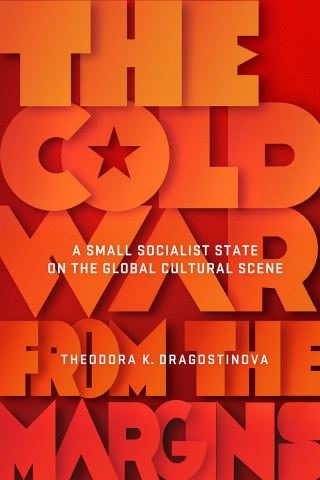 The Cold War from the Margins

A Small Socialist State on the Global Cultural Scene

In The Cold War from the Margins, Theodora K. Dragostinova reappraises the global 1970s from the perspective of a small socialist state—Bulgaria—and its cultural engagements with the Balkans, the West, and the Third World. During this anxious decade, Bulgaria's communist leadership invested heavily in cultural diplomacy to bolster its legitimacy at home and promote its agendas abroad. Bulgarians traveled the world to open museum exhibitions, show films, perform music, and showcase the cultural heritage and future aspirations of their "ancient yet modern" country.

As Dragostinova shows, these encounters transcended the Cold War's bloc mentality: Bulgaria's relations with Greece and Austria warmed, émigrés once considered enemies were embraced, and new cultural ties were forged with India, Mexico, and Nigeria. Pursuing contact with the West and solidarity with the Global South boosted Bulgaria's authoritarian regime by securing new allies and unifying its population. Complicating familiar narratives of both the 1970s and late socialism, The Cold War from the Margins places the history of socialism in an international context and recovers alternative models of global interconnectivity along East-South lines.

Thanks to generous funding from The Ohio State University Libraries and its participation in TOME (Toward an Open Monograph Ecosystem), the ebook editions of this book are available as Open Access volumes from Cornell Open (cornellopen.org) and other repositories.

Theodora K. Dragostinova is Associate Professor of History at The Ohio State University. She is coeditor of Beyond Mosque, Church, and State and author of Between Two Motherlands. Follow her on Twitter @theodora_dragos.