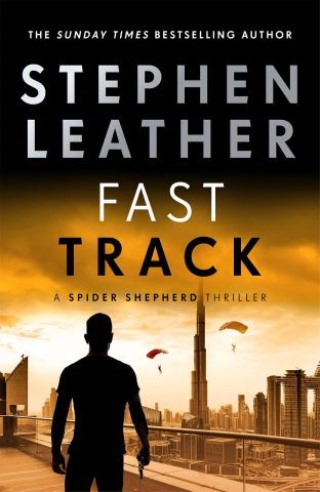 'Stephen Leather writes really exciting action thrillers. It's like being there yourself' CHRIS RYAN, AUTHOR OF Zero 22

'The fast-paced action scenes are expertly choreographed; the description of settings - from the luxurious bars where Ankara's gangsters gather, to Dubai's glittering skyscrapers - is brisk and richly detailed' FINANCIAL TIMES

Who can you trust if you can't trust the people tasked with protecting the nation?

Murderous jihadists have been crossing the English Channel, passing themselves off as asylum seekers. MI5 have been keeping them under surveillance, but what starts as a simple terrorist takedown goes badly wrong and dozens of innocent civilians are killed in the heart of London.

And the screw is tightened when a bomb takes out senior members of the Secret Intelligence Service.

Someone within the security services has been working to their own agenda, and only Dan 'Spider' Shepherd can identify the bad apple. His search for the rogue agent takes him to Turkey and then to Dubai, where his masters order him to carry out a breathtaking act of revenge.

Stephen Leather is one of the UK's most successful thriller writers, an ebook and Sunday Times bestseller and author of the critically acclaimed Dan 'Spider' Shepherd series and the Jack Nightingale supernatural detective novels. Before becoming a novelist he was a journalist for more than ten years on newspapers such as The Times, the Daily Mirror, the Glasgow Herald, the Daily Mail and the South China MorningPost in Hong Kong. He is one of the country's most successful ebook authors and his titles have topped the Amazon Kindle charts in the UK and the US. His bestsellers have been translated into fifteen languages and he has also written for television.

Stephen also has a website for his Spider Shepherd series, www.danspidershepherd.com, and for his Jack Nightingale series, www.jacknightingale.com.