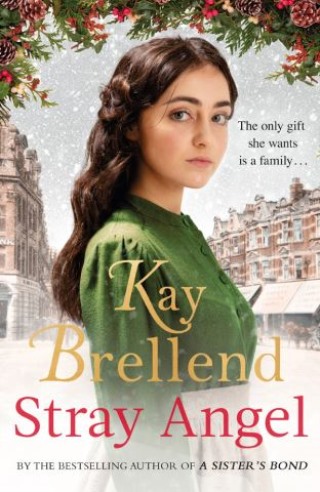 Discover the Workhouse to War trilogy by Kay Brellend: a new saga series set in the Whitechapel Union workhouse in East London, between 1904 and 1916. . .

While the man she loves is fighting on the frontline for his country, Lily Larkin is up at dawn carrying crates of apples to his market stall. Taking charge of Greg's business while he's away, she's grown from a penniless workhouse orphan into a shrewd tradeswoman. But the market is a man's world and Lily soon starts attracting unwanted visitors, including Greg's old rival . . .

Luckily, Lily recruits her old friends Margie and Fannie as helping hands. The work is tough, but their friendship pulls them through, and they bear their burdens as cheerfully as their heavy barrows.

But the greatest challenge of Lily's life is yet to come. Before dying, her mother gave birth to a child who was spirited away under the cover of darkness. Searching every corner of the city for her long-lost sister, Lily soon discovers there is a world of wickedness within London's poorest alleys. Will Lily find her sister or will her dreams of a family be dashed forever?

And as the war in France closes in, can Lily dare to hope that Greg might ask her the one question that would seal her happiness forever?

The Workhouse to War series:
A Workhouse Christmas
Stray Angel

'A fantastic cast of characters' Goodreads

Kay Brellend was born in north London and her first saga, based in the early twentieth century slums of Islington, was published in 2011. The opening novel in the Bittersweet Legacy trilogy came out in 2017. Published by Piatkus, this series was set in a north London sweet factory and on the Somme battlefields.


Kay's Workhouse to War trilogy is also set during the Great War. The series begins in the Whitechapel Union Workhouse and moves to the bustling markets of East London, between 1914 and 1918. It has all the heart, grit and personal connection that distinguishes her as one of the most exciting voices in the saga genre.