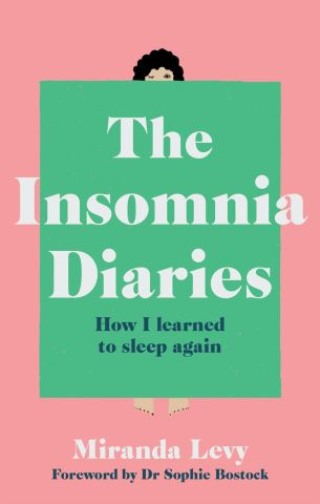 How I learned to sleep again

'This memoir meets manual with expert tips is both honest and helpful' - Victoria Woodhall, Get the Gloss

'29th June
0 HOURS, 0 MINUTES
Eleven forty-seven pm. A door slams as the neighbour's teenage son comes home from the pub. An hour later, the last Tube rumbles past and I thump my pillow over to find a cool spot. I refuse to open the window because of my fear of hearing the first bird of morning, confirmation that the next day is about to start and I have failed, yet again. Failed in my quest to sleep, which one would think is a basic human right.

But I am not a POW whose captors breach the Geneva Convention. No one has stolen my sleep from me. I am not wired up to electrodes, a neon light is not shining in my face all night long. I have blackout blinds and a king-size bed all to myself. My enemies are my brain and a body that has forgotten how to shut down.'

After a single, catastrophic event, journalist Miranda Levy had one sleepless night, then another, and then another. She sought help from anyone she could: doctors, a therapist, an acupuncturist, a hypnotist, a reiki practitioner and a personal trainer - but nothing seemed to work.

Sleep, wellbeing and mental health are intrinsically linked. Yet sleeplessness is surprisingly common: 16 million of us suffer from insomnia, and the sleep industry is worth £100 billion (Daily Mail).

In The Insomnia Diaries, Miranda Levy tells the story of her experience of severe, disabling insomnia that affected every aspect of her life for years, and how she ultimately recovered. Part memoir, part reportage, this book will help anyone who struggles to get a good night's sleep - whether occasionally or all of the time - appreciate the issues and understand the options as they find their best way to get the rest they need. Dr Sophie Bostock, scientist, sleep expert and member of the team who developed the award-winning digital programme Sleepio, contributes a foreword. She and a host of expert contributors have advised on the medical elements within the text throughout.

Miranda Levy is a journalist and author of more than 25 years' experience. Starting out on magazines including Cosmopolitan and New Woman (RIP), she then hacked it at the Daily Mail and Sunday Mirror before heading back to glossies and the launches of Glamour and Grazia. She had two babies, wrote The Rough Guide to Babies in 2006 and became editor of Mother & Baby, where she was twice nominated for a British Society of Magazine Editors award. Now a freelance writer and editor for national newspapers, she covers many topics - but particularly health - for titles including the Telegraph platforms, the Mail on Sunday and the i. Miranda has contributed to the Spectator, the Jewish Chronicle and the New York Post.