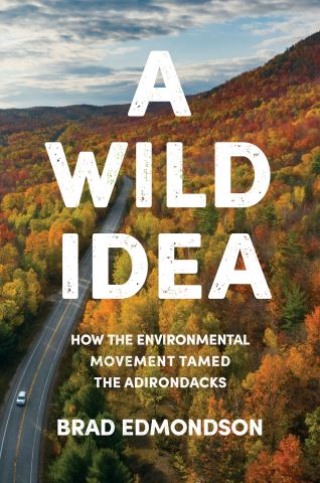 How the Environmental Movement Tamed the Adirondacks

A Wild Idea shares the complete story of the difficult birth of the Adirondack Park Agency (APA). The Adirondack region of New York's rural North Country forms the nation's largest State Park, with a territory as large as Vermont. Planning experts view the APA as a triumph of sustainability that balances human activity with the preservation of wild ecosystems. The truth isn't as pretty. The story of the APA, told here for the first time, is a complex, troubled tale of political dueling and communities pushed to the brink of violence.

The North Country's environmental movement started among a small group of hunters and hikers, rose on a huge wave of public concern about pollution that crested in the early 1970s, and overcame multiple obstacles to "save" the Adirondacks. Edmondson shows how the movement's leaders persuaded a powerful Governor to recruit planners, naturalists, and advisors and assign a task that had never been attempted before. The team and the politicians who supported them worked around the clock to draft two visionary land-use plans and turn them into law. But they also made mistakes, and their strict regulations were met with determined opposition from local landowners who insisted that private property is private.

A Wild Idea is based on in-depth interviews with five dozen insiders who are central to the story. Their observations contain many surprising and shocking revelations. This is a rich, exciting narrative about state power and how it was imposed on rural residents. It shows how the Adirondacks were "saved," and also why that campaign sparked a passionate rebellion.