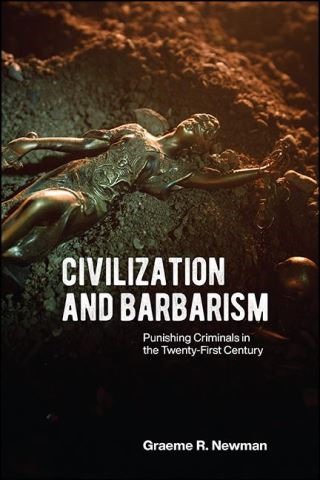 Punishing Criminals in the Twenty-First Century

The practice of mass incarceration has come under increasing criticism by criminologists and corrections experts who, nevertheless, find themselves at a loss when it comes to offering credible, practical, and humane alternatives. In Civilization and Barbarism, Graeme R. Newman argues this impasse has arisen from a refusal to confront the original essence of punishment, namely, that in some sense it must be painful. He begins with an exposition of the traditional philosophical justifications for punishment and then provides a history of criminal punishment. He shows how, over time, the West abandoned short-term corporal punishment in favor of longer-term incarceration, justifying a massive bureaucratic prison complex as scientific and civilized. Newman compels the reader to confront the biases embedded in this model and the impossibility of defending prisons as a civilized form of punishment. A groundbreaking work that challenges the received wisdom of "corrections," Civilization and Barbarism asks readers to reconsider moderate corporal punishment as an alternative to prison and, for the most serious offenders, forms of incapacitation without prison.

The book also features two helpful appendixes: a list of debating points, with common criticisms and their rebuttals, and a chronology of civilized punishments.

Graeme R. Newman: Graeme R. Newman is Distinguished Professor Emeritus at the School of Criminal Justice, University at Albany, State University of New York. His many books include Punishment and Privilege, Second Edition; Community Policing in Indigenous Communities (coedited with Mahesh K. Nalla); and the four-volume Crime and Punishment around the World, for which he served as general editor.