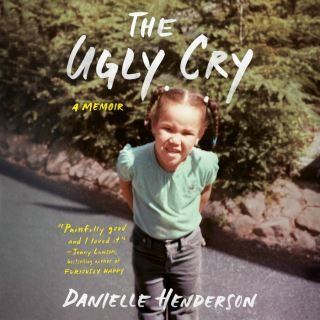 “They say comedy equals tragedy plus time: This very funny account of an often miserable childhood is proof.” --People

“What a strong, funny, heartbreaking memoir, with a voice that is completely its own (written by a woman who very much seems to be completely her own, as well.) I loved it.”--Elizabeth Gilbert, New York Times bestselling author of Big Magic and Eat, Pray, Love

An uproarious, moving memoir about a grandmother’s ferocious love and redefining what it means to be family

“If you fight that motherf**ker and you don’t win, you’re going to come home and fight me.” Not the advice you’d normally expect from your grandmother—but Danielle Henderson would be the first to tell you her childhood was anything but conventional.

Abandoned at ten years old by a mother who chose her drug-addicted, abusive boyfriend, Danielle was raised by grandparents who thought their child-rearing days had ended in the 1960s. She grew up Black, weird, and overwhelmingly uncool in a mostly white neighborhood in upstate New York, which created its own identity crises. Under the eye-rolling, foul-mouthed, loving tutelage of her uncompromising grandmother—and the horror movies she obsessively watched—Danielle grew into a tall, awkward, Sassy-loving teenager who wore black eyeliner as lipstick and was struggling with the aftermath of her mother’s choices. But she also learned that she had the strength and smarts to save herself, her grandmother gifting her a faith in her own capabilities that the world would not have most Black girls possess.

With humor, wit, and deep insight, Danielle shares how she grew up and grew wise—and the lessons she’s carried from those days to these. In the process, she upends our conventional understanding of family and redefines its boundaries to include the millions of people who share her story.

Danielle Henderson: Danielle Henderson is a TV writer (Maniac, Dare Me, Harper House), retired freelance writer, and a former editor for Rookie. She cohosts the film podcast I Saw What You Did, and a book based on her popular website, Feminist Ryan Gosling, was released by Running Press in August 2012. She has been published by The New York Times, The Guardian, AFAR magazine, BuzzFeed, and The Cut, among others. She likes to watch old episodes of Doctor Who when she is on deadline, one of her tattoos is based on the movie Rocky, and she will never stop using the Oxford comma. Danielle reluctantly lives in Los Angeles.