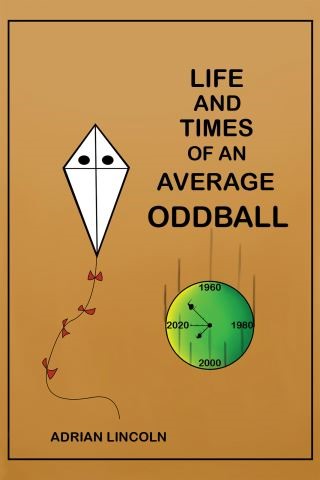 Life and Times of an Average Oddball

If your taste in autobiography is only for the rich and famous, then this is the wrong book for you. However, if you are curious about someone who has had a possibly strange start in life, followed – maybe as a result – by a low-key, hell of a teenage life that may have led to a narrowing of later life choices, you’re looking in the right place.
Fate only confirmed a hard choice already made by me to not breed, for more than one reason. This did, however, open up more travel opportunities than I might have had otherwise. Then there is that one person, my partner for the last thirty years, who has stopped me from going off the rails, unlike my father. With seemingly more limited options, my mental make-up dictating these, this carousel of a life story shows how sometimes poor health is overcome or sidestepped, with an addition of a little humour where I find it. My politics and Brexit views are shaped by life and work experiences. Varied travelogues are mingled in along the way. From the jungles of Borneo to the American Northwest, this book takes a look at what floats my boat. If you disagree entirely, at least you would have made a more informed judgement! Make your own mind up from what is presented or look closer as encouraged.

Adrian Lincoln: Adrian Lincoln was born in Lincoln, United Kingdom. He was raised in county Lincolnshire and a village in Nottinghamshire. It was in these early days that odd events were to shape his later view of the world. Several houses moves later, he spent his teenage years near Manchester and now lives in North Wales. A tough childhood led to a lifetime of working in industrial production. A hard decision and fate allowed travel to become a big part of his life – as is looking closer at strange events with an open mind, whilst reserving judgment – his politics being shaped by his experiences.