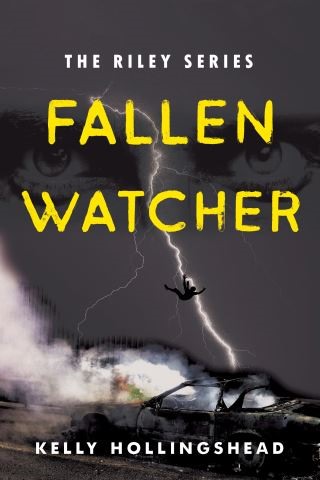 A paranormal suspense that brings good and evil into different perspectives.

Riley's world is torn apart on his wedding day when he and his wife Allison are involved in a hit and run accident and Allison doesn’t survive. When Jonathan, Allison’s guardian angel, chooses to fall to Earth to remain by Riley’s side, the evils of Hell are unleashed to destroy both Jonathan and Riley. A ferocious battle of good and evil surrounds Riley as Jonathan tries to save him and the ugliness of Hell tries to consume him.

Kelly Hollingshead: Kelly Hollingshead is an avid reader who prefers books over music. He found entertainment in books as a child, due to growing up in a large family where money was always tight. However, the library was always free and entertainment was endless, simply waiting between book covers.Kelly has been married for ten years to his wife Melissa and they have a one-year-old daugher whose nickname is Ms. Brynn.

From an early age, Kelly has approached writing as an enjoyable pastime until his wife convinced him to try to publish at least one story.

When not working on The Riley series, Kelly enjoys extreme workouts, cookouts on the grill with his friends and family, and late nights of watching UFC fight pass.