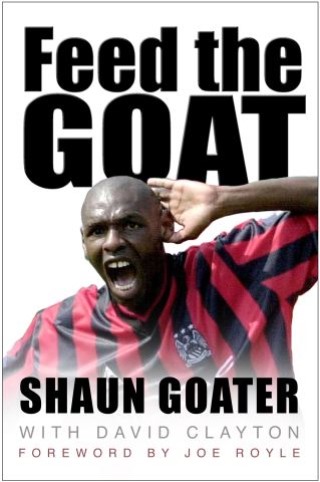 Shaun Goater was signed by Alex Ferguson almost as a political pawn after a Manchester United tour of Bermuda went disastrously wrong. He never made it with United and instead moved on to Rotherham. Undeterred by homesickness and the Yorkshire weather, he became a huge favourite at Millmoor before moving to Bristol City, where his goalscoring exploits endeared him to the fans and caught the eye of Man City manager Joe Royle. He won over the doubters at City, who had seen him only as a journeyman striker bought to plug a gap. Within a year, he'd become a cult figure and his knack of poaching goals soon gave rise to one of the best modern-day terrace chants 'Feed the Goat and he will score'. Season after season, the bond between player and supporters grew and his name was etched into City folklore. He was captain for their last match at Maine Road before joining Reading. His career stalled with the Royals when manager Alan Pardew left a few weeks after Goater's arrival and Steve Coppell took over. He went out on loan to Coventry before Southend United rescued him at the start of their highly successful 2005/06 season.