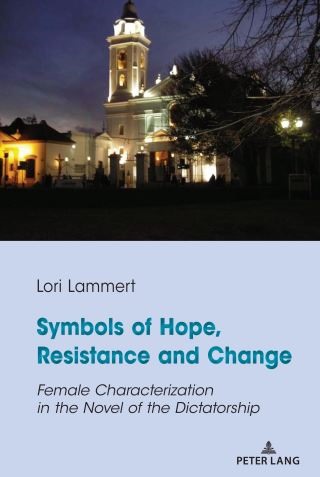 Symbols of Hope, Resistance and Change

Female Characterization in the Novel of the Dictatorship

There are few critical studies about female characterization in the novel of the Latin American dictatorship. The existing studies, "La mujer ante la dictaduraen las dos primeras novelas de Isabel Allende," by Alina Camacho Gingerich, "De amor y de sombra: Una aproximación a sulectura," by Eliana Moya Raggio, and Female Development Amidst Dictatorship in Julia Alvarez’s In the Time of the Butterflies and Mario Vargas Llosa’s La fiesta del Chivo, by Sereana Eileen Call, focus on female characters in novels written by Isabel Allende and Julia Alvarez. This lack of criticism ignores what other Latin American writers may have to say about female characterization in such narratives. Though a simple critical approach might be to focus on female characterization in novels written only by women, male writers should not be excluded because they often make strong statements about women’s conditions through their female characters (Urania in La Fiesta del chivo, by Mario Vargas Llosa, for example). This work argues that the main female characters in Ivan Ângelo’s A Festa (Brazil), Diamela Eltit’s Por la patria (Chile) and Luisa Valenzuela’s Cola de lagartija (Argentina) function as symbols of hope, resistance and social change and that they do so in ways different from the male characters because of their unique relationships with the authoritarian regimes, which can be read as political manifestations of patriarchal order. This work will be of importance in the fields of gender studies, women’s studies, Latin American studies and contemporary Latin American literature.

Lori Lammert is an independent scholar who received her Doctorate Degree from Vanderbilt University. The author of many book and film reviews in Chasqui and Hispania, she also wrote "Chomsky’s Culture of Fear and the Character/Writer in the Brazilian Novel of the Dictatorship, A Festa by Ivan Ângelo" in Narrativas del miedo: Terror en obras literarias, cinematicas y televises de Latinoamerica (Peter Lang, 2018).