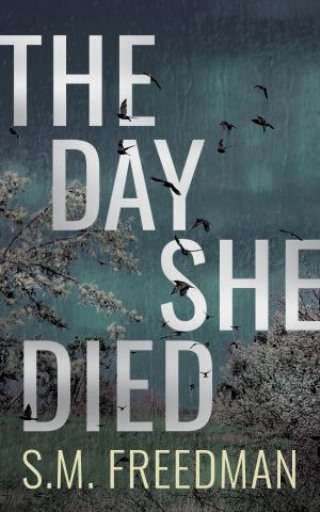 The Day She Died

After a traumatic head injury, Eve questions every memory and motive in this mind-bending psychological thriller.

Eve Gold’s birthdays are killers, and her twenty-seventh proves to be no different. But for the up-and-coming Vancouver artist, facing death isn’t the real shock — it’s what comes after.

Recovering from a near-fatal accident, Eve is determined to return to the life she’s always wanted: a successful artistic career, marriage to the man who once broke her heart, and another chance at motherhood. But brain damage leaves her forgetful, confused, and tortured by repressed memories of a deeply troubled childhood, where her innocence was stolen one lie — and one suspicious death — at a time.

As the dark, twisted pages unfold, Eve must choose between clinging to the lies that helped her survive her childhood and unearthing the secrets she buried long ago.

S.M. Freedman is the author of The Faithful and Impact Winter. She studied at the American Academy of Dramatic Arts and worked as a private investigator on the not-so-mean streets of Vancouver, where she lives with her husband and two children.