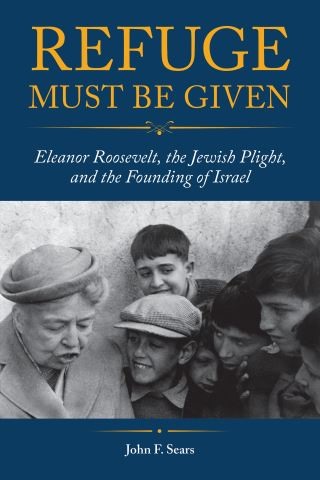 Refuge Must Be Given

Eleanor Roosevelt, the Jewish Plight, and the Founding of Israel

Refuge Must Be Given details the evolution of Eleanor Roosevelt from someone who harbored negative impressions of Jews to become a leading Gentile champion of Israel in the United States. The book explores, for the first time, Roosevelt’s partnership with the Quaker leader Clarence Pickett in seeking to admit more refugees into the United States, and her relationship with Undersecretary of State Sumner Welles, who was sympathetic to the victims of Nazi persecution yet defended a visa process that failed both Jewish and non-Jewish refugees.

After the war, as a member of the American delegation to the United Nations, Eleanor Roosevelt slowly came to the conclusion that the partition of Palestine was the only solution both for the Jews in the displaced persons camps in Europe, and for the conflict between the Arabs and the Jews. When Israel became a state, she became deeply involved in supporting the work of Youth Aliyah and Hadassah, its American sponsor, in bringing Jewish refugee children to Israel and training them to become productive citizens. Her devotion to Israel reflected some of her deepest beliefs about education, citizenship, and community building. Her excitement about Israel’s accomplishments and her cultural biases, however, blinded her to the impact of Israel’s founding on the Arabs. Visiting the new nation four times and advocating on Israel’s behalf created a warm bond not only between her and the people of Israel, but between her and the American Jewish community.