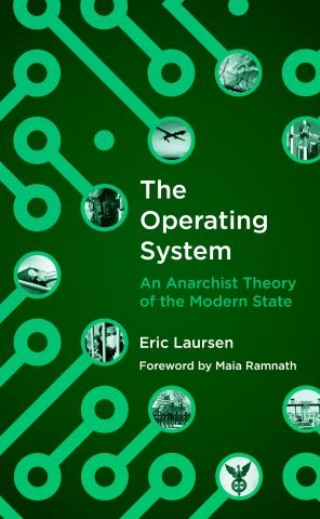 An Anarchist Theory of the Modern State

What do we mean when we talk about “the State”? Multiple polls show a growing disillusionment with the State and representative government as vehicles for progressive change, and particularly as means to tame capitalism, let alone as a basis for seeing beyond it. In a quick and readable format, Eric Laursen proposes thinking about the State in an entirely new way—not simply as government or legal institutions, but as humanity’s analog to a computer operating system—opening up a new interpretation of the system of governance that emerged in Europe five-hundred years ago and now drives almost every aspect of human society. He also demonstrates powerfully why humanity’s life-and-death challenges—including racism, climate change, and rising economic exploitation—cannot be addressed as long as the State continues to exercise dominion.

Eric Laursen is an independent journalist, historian, and activist. He is the author of The People’s Pension and The Duty to Stand Aside. His work has appeared in a wide variety of publications, including In These Times, The Nation, The Village Voice, Counterpunch, The Arkansas Review, and Z Magazine. He lives in Buckland, Massachusetts.