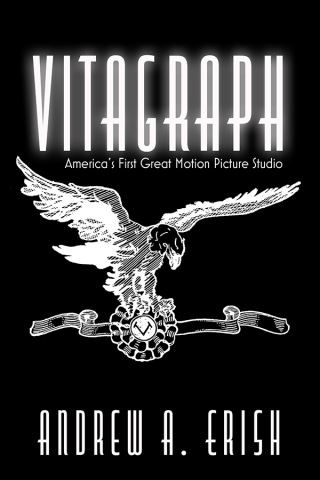 In Vitagraph: America's First Great Motion Picture Studio, Andrew A. Erish provides a comprehensive examination and reassessment of the company most responsible for defining and popularizing the American movie. This history challenges long-accepted Hollywood mythology that Paramount and Fox invented the feature film, that Universal created the star system, and that these companies, along with MGM and Warner Bros., developed motion pictures into a multimillion-dollar business. In fact, the truth about Vitagraph is far more interesting than the myths that later moguls propagated about themselves.

Established in 1897 by J. Stuart Blackton and Albert E. Smith, Vitagraph was the leading producer of motion pictures for much of the silent era. Vitagraph established America's studio system, a division of labor utilizing specialized craftspeople and artists and developed fundamental aspects of American movies, from framing, lighting, and performance style to emphasizing character-driven comedy and drama in stories that respected and sometimes poked fun at every demographic of Vitagraph's vast audience. For most of its existence America's most influential studio was headquartered in Brooklyn, New York, before relocating to Hollywood.

A historically rigorous and thorough account of the most influential producer of American motion pictures during the silent era, Erish draws on valuable primary material long overlooked by other historians to introduce readers to the fascinating, forgotten pioneers of Vitagraph.

Andrew A. Erish: Andrew A. Erish is an independent scholar of cinema and the author of Col. William N. Selig, the Man Who Invented Hollywood.