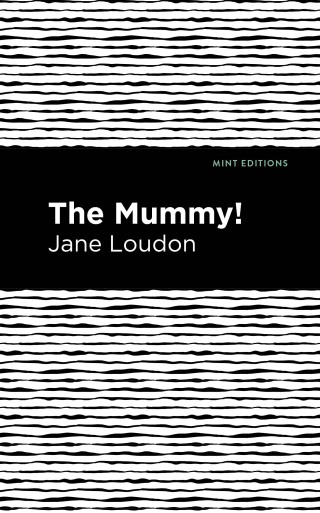 Set in 2126, The Mummy!: A Tale of the Twenty-Second Century explores a society led by advanced technology but driven by ego, greed and self-preservation. It’s a vivid clash of genres featuring an old tale with a new twist.

In the distant future, society has become enthralled by technology. It’s an integral part of life that has changed the way humans interact. Autonomous machines have a visible presence, taking critical jobs in the workforce. Doctors and lawyers have been replaced by steam-powered devices, as well as farmers who no longer plant or plow. The author presents an early form of the internet that can connect anyone at any time. With all these advancements, mankind has become detached and corrupt. It’s up to Cheops, a reanimated corpse, to make a way in this questionable age.

Jane Loudon was a young visionary writer who was ahead of her time. Her version of The Mummy features a speculative world that eerily embodies twenty-first century society. It’s a brilliant work that exposes humanity at its core.

With an eye-catching new cover, and professionally typeset manuscript, this edition of The Mummy!: A Tale of the Twenty-Second Century is both modern and readable.

Jane C. Loudon (1807-1858), also known as Jane Wells Webb Loudon, was a British writer whose early life was filled with unexpected tragedy. She lost her mother at age 12 followed by her father at age 17. Loudon’s affluent lifestyle was cut short when her father’s manufacturing business went bankrupt leaving her broke and alone. As a teenager, she turned to writing to financially support herself publishing her first book, Prose and Verse in 1826. A year later Loudon produced her most notable work, The Mummy: A Tale of the Twenty-Second Century, a favorite among sci-fi and fantasy fans.