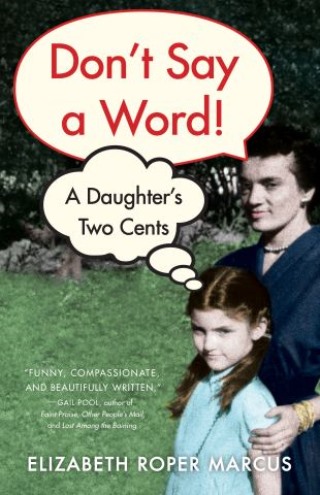 Edna and Leo, a perpetually warring, tyrannical pair in their 80s, begin wintering In Mexico, where they abandon their usual prudence to embrace adventure and a bevy of sketchy new friends. Soon, Edna adopts a pair of shyster builders whom she trusts over her own architect-daughter Elizabeth, and a farcical house results. Blithely indifferent to the calamities that result, the pair refuse all help from their too-compliant only child. Later, following her mother’s sudden death, Elizabeth’s wise, principled father attempts to fill his late wife’s shoes with a string of loopy, live-in housekeepers—with privileges, he hopes. Before it is over the Mexican escapade will bring down the kind of disasters commonly found in pulp fiction. Why can’t Elizabeth stop any of this from happening? No matter the madness, she cannot confront her parents any more than she ever could. In the end, the surprising way in which they come undone reveals just what they spent their lives trying to hide, thereby setting her free. Though unique in its loony details, Don’t Say A Word! will resonate with beleaguered adult-children everywhere who will recognize the special misery of watching, helpless, as stubborn, diminished parents careen precariously toward the end of life.

Elizabeth Roper Marcus: Elizabeth Marcus grew up in Manhattan, the only child of a dentist and a Macy’s dress buyer, the Zeus and Hera of Apartment 2B. After escaping to Boston, she ran a small architectural office for 20 years, when she wasn’t traveling to far-flung places with her psychiatrist husband and rambunctious children. Eventually, she decided to concentrate on writing, which allows her to pursue the many, quirky questions that fascinate her: Why are butterflies called ‘butterflies’? Why can’t she recall the taste of wines? Why are first-love memories so potent? Her essays have appeared in The New York Times and Boston Globe, on online sites like Cognoscenti, and in essay anthologies like Travelers’ Tales. “Don’t Say A Word!”: A Daughter’s Two Cents, in 90,571 Words is her first book. She posts essays related to the book at www.eLizWrites.com; she posts essays about everything else at www.archive.eLizWrites.com.