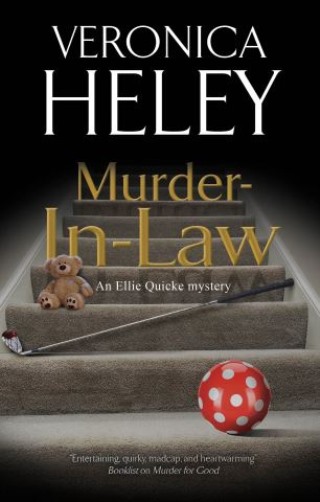 While Ellie's away, murder will play . . . Is the death of Ellie's son-in-law really the result of a burglary gone wrong?

Ellie's absence abroad is disastrous for her daughter, Diana - when her husband is attacked by intruders and left for dead one night, it falls to Ellie's next-door neighbour, Susan, to reluctantly pick up the pieces and take in Diana's children.

Is Evan's death really the result of a burglary gone wrong? Joining forces with her aunt, police officer Lesley Millard, Susan discovers that Diana lied to the police about her movements on the night of the murder, and soon finds herself grappling with betrayal, shady business dealings and her own distrust of Diana as she attempts to solve a chilling conundrum: could Ellie's daughter be a cold-blooded killer?

Veronica Heley: Veronica Heley has a musician daughter and is actively involved in her local church and community affairs. She lives in Ealing, West London. She is the author of the Ellie Quicke and Bea Abbot mystery series.