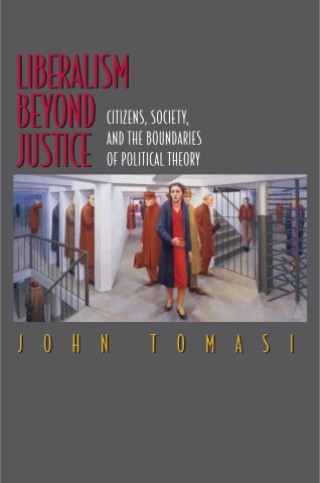 Citizens, Society, and the Boundaries of Political Theory

Liberal regimes shape the ethical outlooks of their citizens, relentlessly influencing their most personal commitments over time. On such issues as abortion, homosexuality, and women's rights, many religious Americans feel pulled between their personal beliefs and their need, as good citizens, to support individual rights. These circumstances, argues John Tomasi, raise new and pressing questions: Is liberalism as successful as it hopes in avoiding the imposition of a single ethical doctrine on all of society? If liberals cannot prevent the spillover of public values into nonpublic domains, how accommodating of diversity can a liberal regime actually be? To what degree can a liberal society be a home even to the people whose viewpoints it was formally designed to include?

To meet these questions, Tomasi argues, the boundaries of political liberal theorizing must be redrawn. Political liberalism involves more than an account of justified state coercion and the norms of democratic deliberation. Political liberalism also implies a distinctive account of nonpublic social life, one in which successful human lives must be built across the interface of personal and public values. Tomasi proposes a theory of liberal nonpublic life. To live up to their own deepest commitments to toleration and mutual respect, liberals, he insists, must now rethink their conceptions of social justice, civic education, and citizenship itself. The result is a fresh look at liberal theory and what it means for a liberal society to function well.

John Tomasi: John Tomasi is Associate Professor of Political Science at Brown University. His work has appeared in many leading journals, including Political Theory, Ethics, and The Journal of Philosophy.