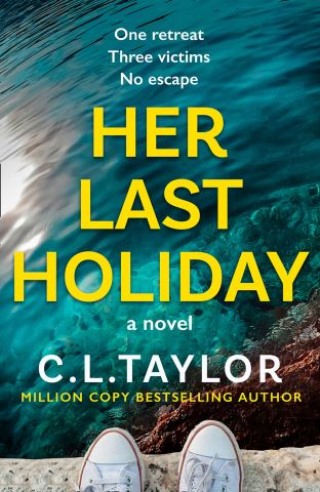 You come to the retreat to be healed. You don’t expect to die.

Two years ago, Fran’s sister Jenna disappeared on a wellness retreat in the Mediterranean that went terribly wrong.

Tom Wade, the now infamous man behind Soul Shrink Retreats, has just been released from prison after serving his sentence for the deaths of two people. But he has never let on what happened to the third victim: Jenna.

Determined to find out the truth, Fran books herself onto his upcoming retreat – the first since his release – and finds herself face to face with the man who might hold the key to her sister’s disappearance. The only question is, will she escape the retreat alive? Or does someone out there want Jenna’s secrets to stay hidden?

The master of suspense is back. Prepare yourself for the latest heart-in-mouth rollercoaster ride from the international bestselling author.

C.L. Taylor is a Sunday Times bestselling author. Her psychological thrillers have sold over a million copies in the UK alone, been translated into over twenty languages, and optioned for television. Her 2019 novel, Sleep, was a Richard and Judy pick. C.L. Taylor lives in Bristol with her partner and son.